New Delhi: Iceland’s Minister of the Interior, Ogmundur Jonassan said politicians misusing power to commit economic crimes must be punished. He was delivering a lecture – Iceland’s place in a changing world: justice, equity and the rule of law” – at a seminar organised by the Faculty of Legal Studies, South Asian University in New Delhi. 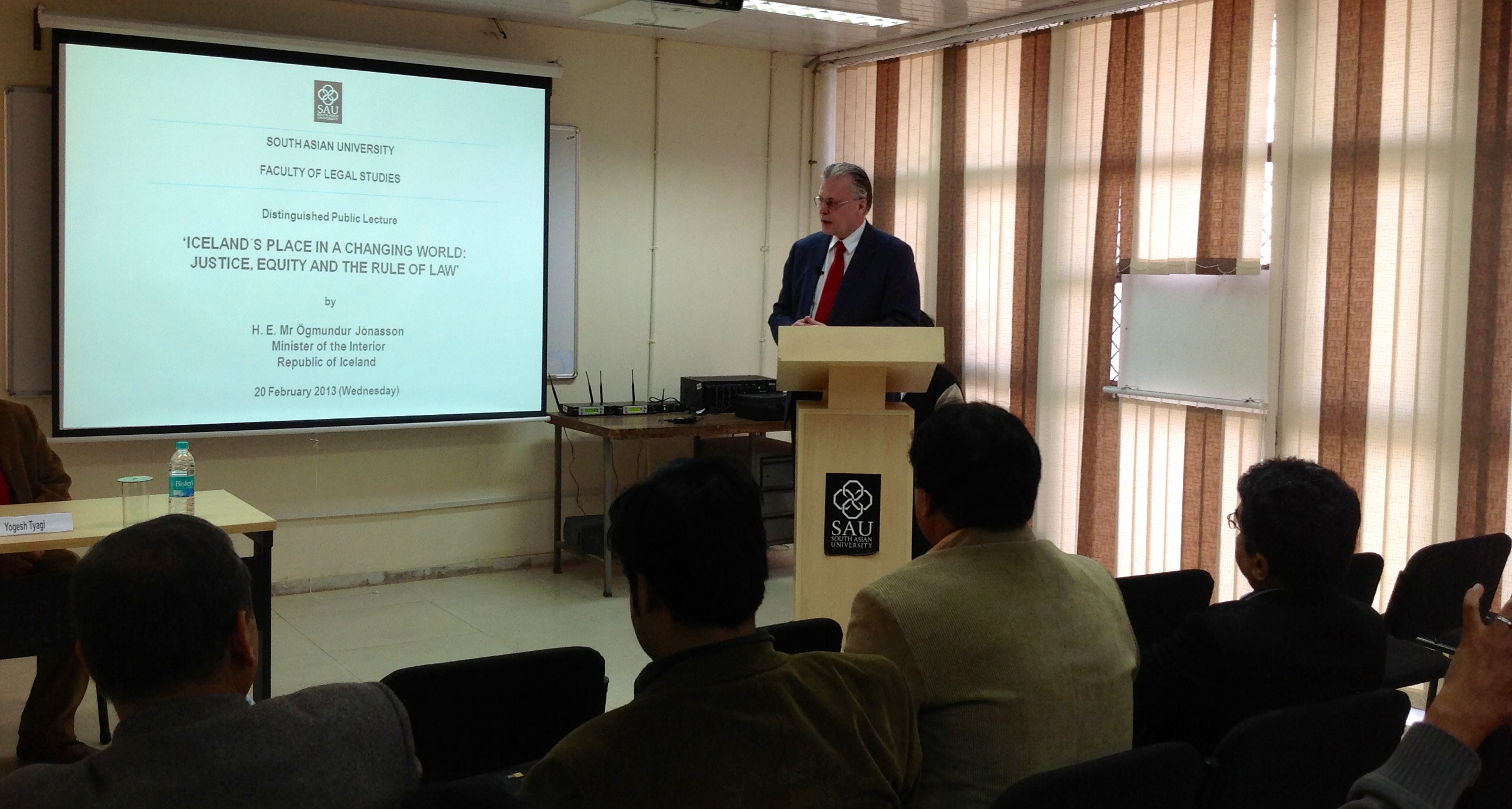 Ogmundur Jonassan, Iceland’s Minister of the Interior at a Seminar at Faculty of Legal Studies, South Asian University in New Delhi.

Jonassan was citing the example of Iceland’s former prime minister Geir Haarde, who was charged for economic crimes. Incidentally, Geir Haarde is the first world leader to face criminal charges over the 2008 financial crisis. He was talking about the serious economic problems faced by his country, which were overcome through the Social Contract by the community together. The republic has established Special Prosecutor for Economic Crimes to try the cases of economic nature.

He further explained the alarming effects of global warming on countries like Iceland. He reaffirmed his conviction towards world peace and for sustainable Social Justice along with Rule of Law.

Prof. Yogesh Tyagi, Dean of South Asian University in his remarks mentioned the similarities in the concern for Economic Crimes in Asian Region and Iceland. He appreciated the hierarchy of the structure to deal with economic crimes and suggested to have a similar structure in India.