New Delhi: Students of South Asian University celebrated International Mother Language Day at the Chanakyapuri Campus here with much fanfare. Cultural shows of all hues, sounds and literally ‘languages’ were the main highlights of the evening. 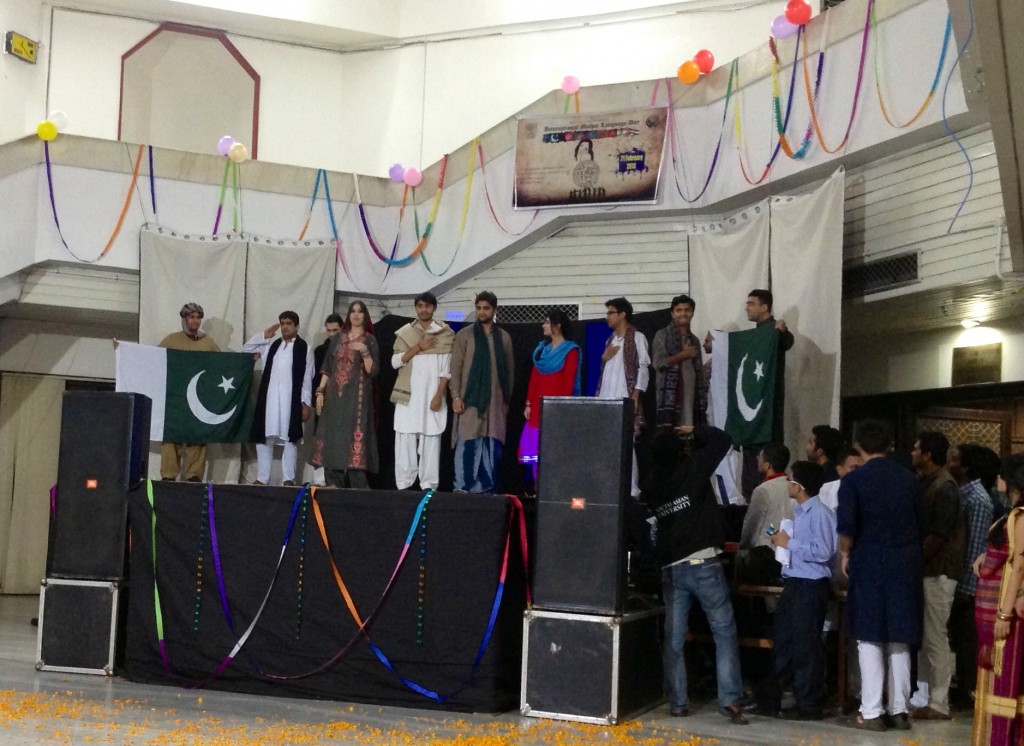 Following the proclamation by UNESCO in 1999, International Mother Language Day has been observed every year on 21 February the world over to promote linguistic and cultural diversity. The day marks the commemoration of the day in 1952 when students in Bangaldesh demonstrating for recognition of Bengali as one of the two national languages of the then Pakistan were shot dead by police in Dhaka. 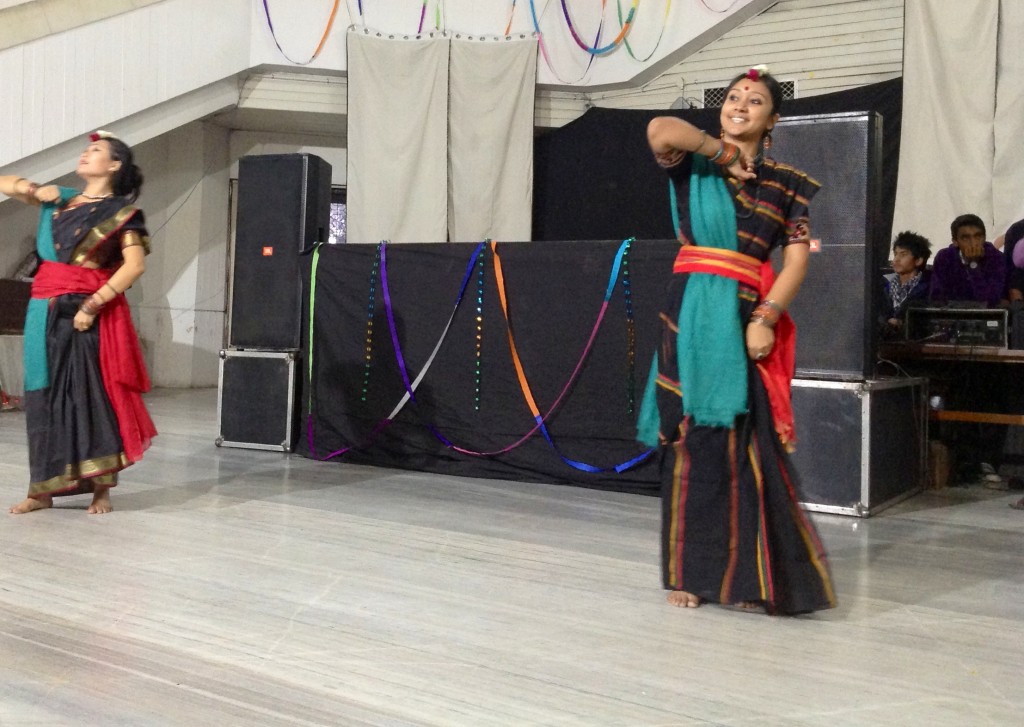 Diversity in the truest sense was the flavour of the evening – Afghan students singing Hindi film songs in Hindi as well as Farsi, recitation of poems in virtually every major languages spoken in the South Asian Region, traditional and modern dances going hand in hand, ramp walk that showcased traditional attires and patriotic songs sung with a passion. 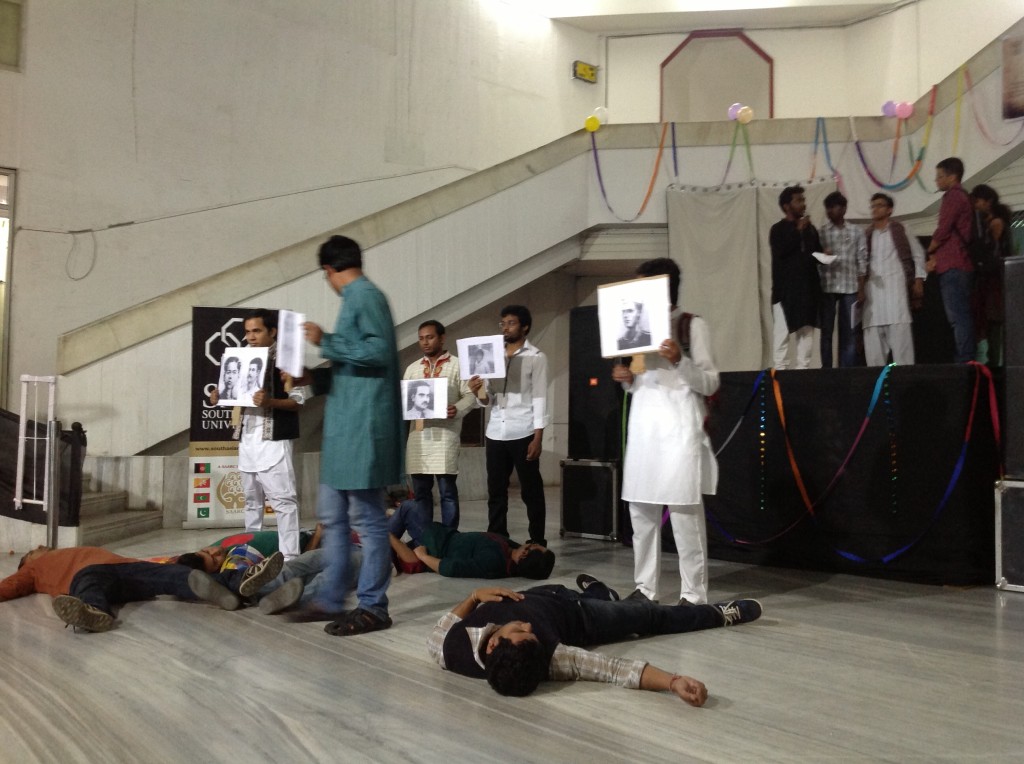 The 1952 uprising being enacted by SAU students from Bangladesh

Earlier SAU students from Bangladesh enacted the 1952 uprising and explained the significance of the day. A number of students from Dhaka University were also invited by the students of South Asian University for the function.

Sreenivasan Thulasiraman, one of the student performers and also one of the organisers of the event said, “It is days like this that bring out the beauty of the cultural diversity of our region and it is functions like this that define South Asian University.”