New Delhi: A panel discussion on Mass Media in South Asia was held at South Asian University today. The panellists brought in the issues surrounding contemporary media practice, challenges and scholarship the in the region. The panellists include Prof. Stephen McDowell from Florida State University and Biswajit Das from the Centre of Culture, Media and Governance from Jamia Milia Islamia, New Delhi. 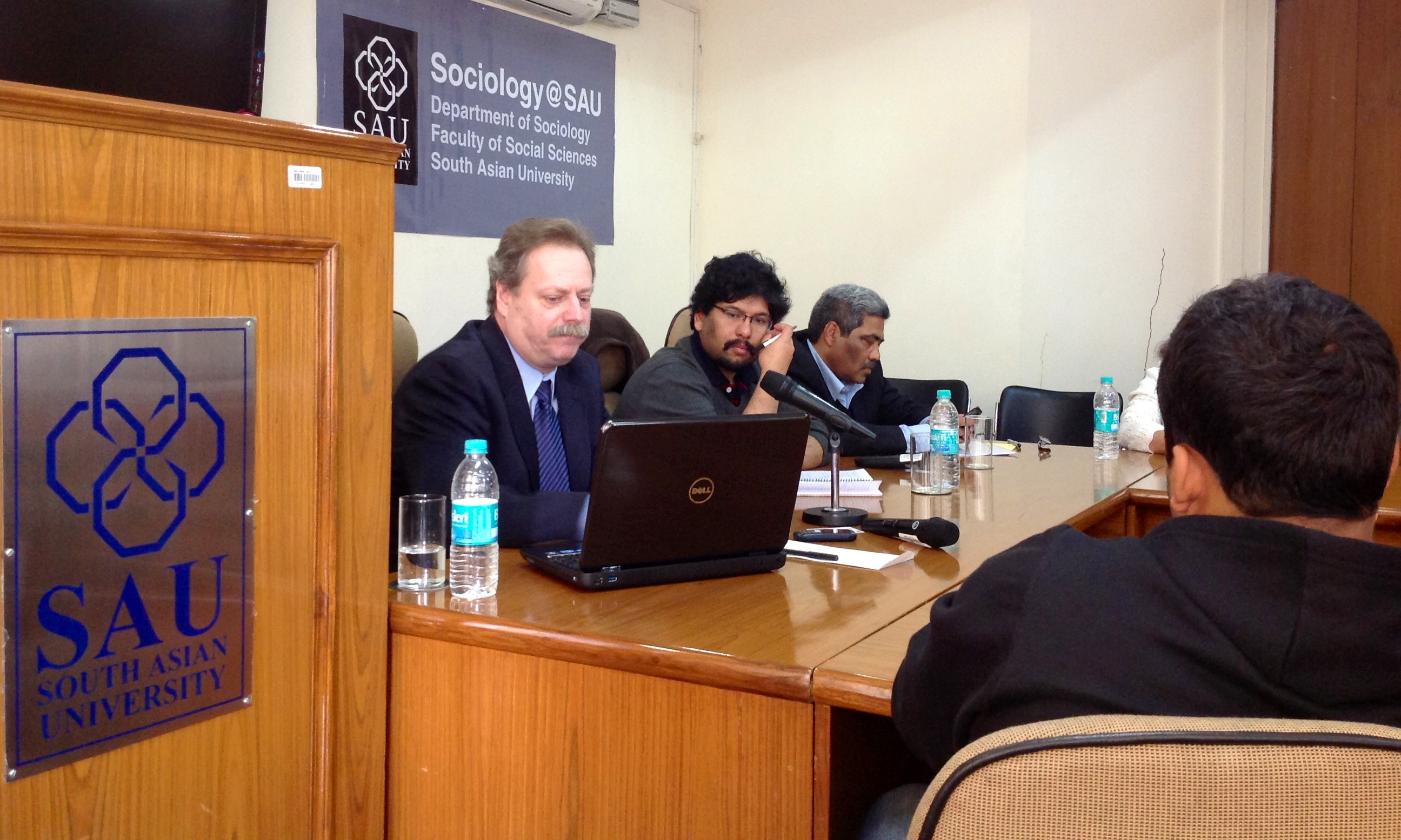 Prof. Stephen talked about the characteristics of media in South Asia vis-a-vis the media in America. He also mentioned about media’s role today in the debate on rule of law, civil society, linguistic diversity, media governance and as a medium of connection for the diaspora. While referring to the emergence of new media, he also opined that media studies in this region have to accommodate the on-going challenges of democracy, social movements and political challenges.

Biswajit Das talked about mass media, particularly radio, in the region with respect to pre- and post-colonial era while also sharing his childhood experiences.  He also mentioned about the irony of mass media. He argued that the ‘mass’ in mass media is very fragmented this very word compartmentalizes the target group of audience. He argued that none of the media course in the region adequately equips students in media research to be able to generate the data sets about the people in the region out of the current media scholarship.