A piece by Dr. Mallika Shakya, Assistant Professor in Dept. of Sociology, Faculty of Social Sciences, SAU in The Hindu 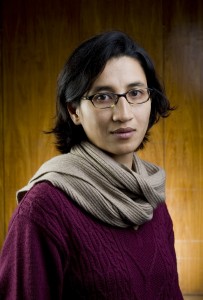 Blame the skewed distribution of global apparel quotas, not individual producers or their buyers, for the frequent clothing factory tragedies in Bangladesh

Those who have watched the global garment saga swell and decline chaotically in the past half-a-century can tell that this was a disaster waiting to happen anywhere in Asia or Africa. Even then, the fellow garment workers and media from the South have been slow to respond. Instead, the loudest public outcry has come from European and American consumers who have put a different spin to this human disaster in Bangladesh.

What is worrying about the western coverage is its first-worldism. “Another preventable tragedy in Bangladesh,” reported The New York Times, a statement echoed by BBC, The Globe and Mail, Reuters and others, who refuse to see this crisis as anything but yet another third world mishap that has to do with greedy businessmen, corrupt politicians, incompetent bureaucracy, and the large swathe of the poor with no other options but to put themselves in the line of death. Since this kind of discourse considers the crisis to be locally embedded, it is then assumed that someone local will eventually take the blame. This orientalist notion is also rationalist, which leads bourgeois shoppers to believe that the solution entails the problem be solved by arresting a few factory owners or fining his western buyers.

This outlook is not new. When a massive fire killed 112 garment workers in Dhaka last year in December, Jagdish Bhagwati, a Columbia professor and an ardent defender of globalisation, wrote inThe New York Times, “blame Bangladesh, not the brands,” for its “lax and lackadaisical attitude to the issue of workplace safety … like providing goggles.” Most who died had actually burnt to death because the building lacked fire escapes.

As the tragedy repeated itself in Savar, northwest of the capital Dhaka, Reuters initially put the blame on Sohel Rana, the owner of the ill-fated building, who had reportedly said that it was safe to enter and work in. Three days later, after the death toll had reached 300, Primark, a British brand who had been sourcing apparel from Rana Complex, is reported to be at loggerheads with non-governmental organisations (NGO), who are demanding that it sign an agreement on future building safety. The NGOs reported that little progress could be achieved because of the lack of political will.

Even if the media is now beginning to implicate global businessmen along with the local ones, it still does not acknowledge the political making of this tragedy. “Depoliticising” is indeed a tried and tested tool through which institutions responsible for development have long shielded themselves from scandals. Many aid agencies refrain from dealing with actors and issues considered political, even when some of them, like the World Bank and International Monetary Fund, routinely require developing countries to put in place policies that drive the industry politics in the first place, including garment.

Depoliticisation gives us some clue as to why Bangladeshi trade unions could not immediate challenge the factory owner’s summon for workers to return to work after the building walls had cracked. The “task” of safety compliance had long been subcontracted to social auditors who reported to the western buyers, who were not present in the time of need. It is unfortunate that aid agencies which control the lion’s share of the global development budget continue to cry “depoliticization.”

One U.N. organisation that still has the mandate to work with the political actors, the International Labour Organization, increasingly speaks the corporate language of “win-win” and “productivity” while turning a blind eye to the inherently political question of class exploitation.

Industrial development has increasingly taken a neoliberal route. What this has meant for workers and their work is that they have been anonymised into a faceless “mass” who can now be conveniently herded through a checklist of indicators. It is then assumed that any problem, be it about social justice or human safety, can be readily solved by tweaking the market incentives.

Nicholas Kristoff says, “factory work offers a step up the ladder for billions of impoverished people around the world.” Consumers who consider themselves “ethical” and disagree with his reductionist economic claims still deny garment workers their individuality, just as Kristoff does. The western campaign for a boycott of third world garments has soared in the aftermath of the Bangladesh crisis, and the language of what “I” can do to solve this “crisis” is elbowing out all other ways of understanding this great human loss. While the consumers’ concern maybe genuine, answers are not likely to come as crystal clear as they want. The irony is stark in what Susanna Rustin of The Guardian writes, for example, that “[unlike] buying bananas, chicken or cashew nuts, Swansea-based label Toast doesn’t say where [my trousers] were made. This is Toast’s policy.”

It is wrong to think that the “market” alone made the garment beast now stretching its claws in far-flung corners of the earth. It is true that the labour-intensive nature of this industry often attracted immigrant workers and gave rise to satellite shop floors. The 19th century American sweatshops were heavily (wo)manned by Eastern European Jewish migrant workers while the mid-20th century saw much of garment work swiftly shift to East Asia. But the latest episode of garment industry dispersion has to do with a complex trade apparatus diligently put in place by the government of the United States, which consumes the bulk of cheap clothes manufactured around the globe.

The Multi-Fiber Arrangement (MFA) of 1974 virtually dictated in great detail, item by item and design by design, how many pieces of garment an individual third-world country could export to the U.S. Every piece of garment exported from anywhere in the world between 1974 and 2004 had to earn an individualised “visa” before entering American shores. With America’s strategic interest at heart, potentially rival countries like China were given lower “quotas” while smaller countries like Bangladesh and Lesotho were given higher quotas. It should not come as a surprise then that the garment industry in Bangladesh, virtually non-existent until the early 1970s, swelled so exponentially as to employ 3.5 million workers within a few decades.

That is a reason why most factory buildings are found to be built haphazardly, without acquiring the necessary clearance from state agencies. Mayor Refayet Ullah, who had issued construction permits to Rana Complex and hundreds of others, did so, because the Dhaka building-safety agency, the authorised state body to carry out this task, could not keep pace with the explosive rate at which the garment industry was growing in Bangladesh at this time. It is true that MFA has recently been replaced by other sets of trade agreement, but its legacy continues to haunt.

Under these circumstances, to make a lone producer and a select few of his buyers the culprits in this devastating accident of unprecedented scale, and to let the bigger powers off the hook, is to spank a racist while turning a blind eye to the regime of apartheid. The crisis that has shocked us today is as much about the failures of the global trade apparatus and apathy of developmental counterparts as it is about Rana Complex and Joe Fresh.