So after two full academic years of our existence as the only of its kind University in South Asia, or probably the world, here we are with our blog. We hope to put information that could be of interest to you, primarily about our university and broadly about the higher education sector and the latest happenings in universities around the world. But before that, here is a brief introduction of South Asian University (We would be using SAU to represent it in many places in our blog, even though we understand there are many universities out there using the same acronym.) 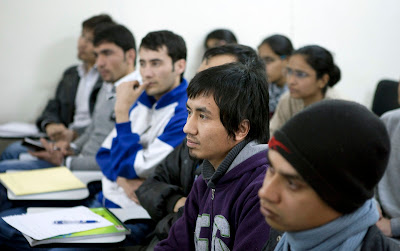 South Asian University (SAU) is an international university established by the eight member nations of South Asian Association for Regional Co-operation (SAARC) viz.Afghanistan, Bangladesh, Bhutan, India, Maldives, Nepal, Pakistan and Sri Lanka. SAU started its operations from the academic year 2010. The university now offers post-graduate courses in various disciplines that include Development Economics, Computer Science, Biotechnology, Mathematics, Sociology, International Relations and Law. It will ultimately have 12 post-graduate faculties and a faculty of undergraduate studies. SAU attracts students from all member nations and its degrees are recognised by all the eight SAARC countries.
The university is being run out of Akbar Bhawan, Chanakyapuri, New Delhi before it eventually moves in to its 100 acre campus in Maidan Garhi, where the construction is being started.