South Asia must revisit the concept of the South Asian identity and explore a brighter common future beyond its immediate challenges and predicaments, said Pakistani academic Dr. Adil Najam, Professor of International Relations and Earth and Environment at Boston University. 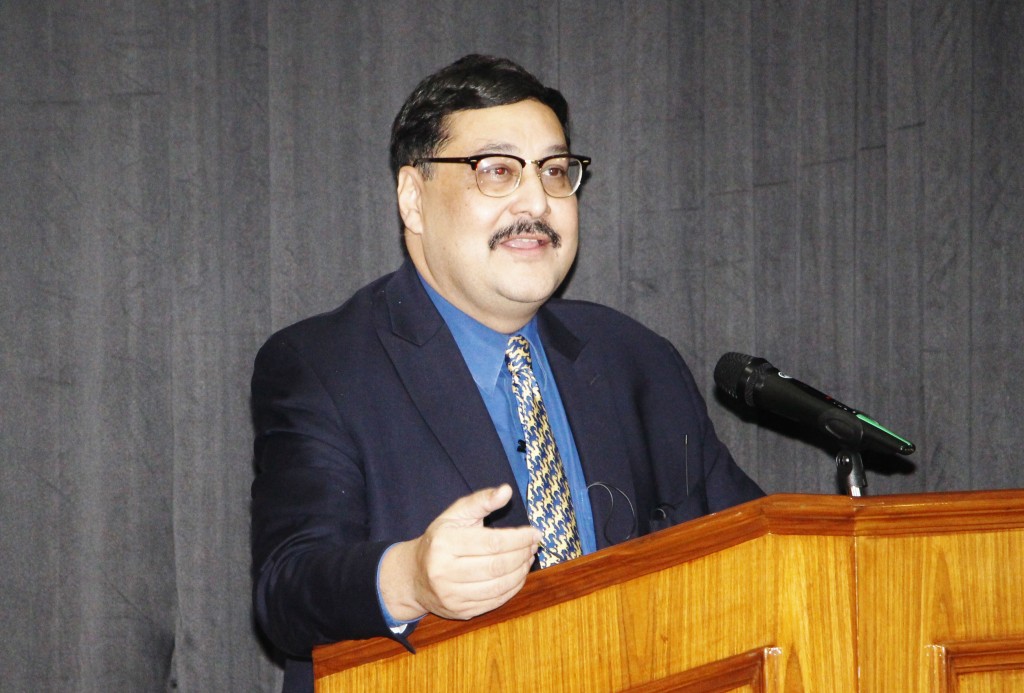 At a Special Lecture at South Asian University, New Delhi

Recipient of one of Pakistan’s highest civil awards, Sitara-i-Imtiaz, Prof. Najam made these comments during a special lecture ‘South Asia 2060: Envisioning Regional Futures’ organized jointly by the United Nations ESCAP and South Asian University in the later’s campus recently.

The peace process between India and Pakistan is less stalled than one may think, he said.  Official relations are much more mature than they have been in the past and the time is ripe for a composite dialogue in which both simple and complex issues should be addressed, he opined. The key is to get going, taking small steps and focusing on the ‘practical ideal’ model, he added.

The lecture examined challenges and opportunities for the sub-region and brought forward five central ideas: the idea of South Asia is strong even though the structure of South Asia is weak, unlike the European Union; competitiveness, not cooperation defines South Asian institutions; the South Asian state is overbearing, falling short of expectations; security and development are central issues, but face competing challenges across the sub-region; and lastly, hope for the future of the South Asian identity is likely to emerge from people more than from state actors.

In his opening remarks, Dr. Nagesh Kumar, Chief Economist of ESCAP and Director of ESCAP-SSWA said that South Asia, despite being one of the least integrated sub-regions, has become a growth pole of the world economy and has performed well on several parameters of development, including poverty alleviation.

Institutions across South Asia have been built to manage competition rather than inculcate cooperation, added Prof. Najam. The lecture brought together over 100 academics, policymakers and students from South Asian countries.