New Delhi: A solo exhibition tilted Phantoms-in-Transit by a young artist Subrata Das was inaugurated today by Dr. Kavita A. Sharma, President – South Asian University at the South Asian University Gallery in Akbar Bhawan, Chanakyapuri, New Delhi. The exhibition unravels the lives and experiences of the migrant workers across cities. Seemingly, they become phantoms-in-transit in various parts of South Asia. The artist effectively captures the struggle, the journey and their experiences through an immaculately done dozen pieces in various mediums. 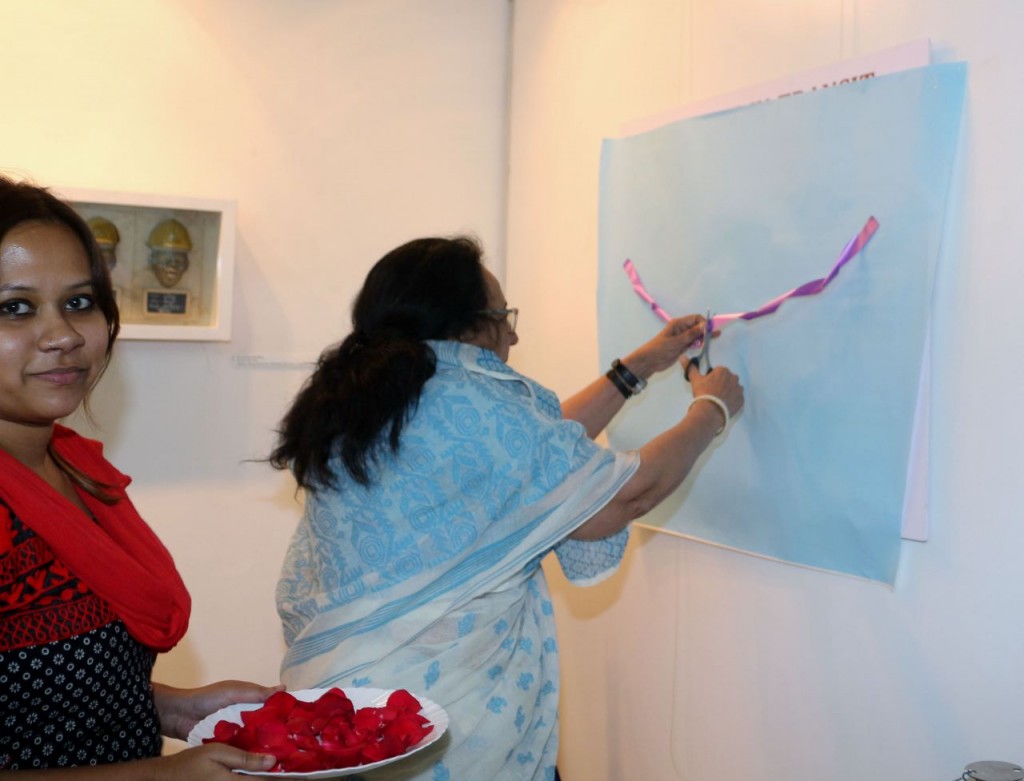 This series brings out the subtlety and mundane experience of construction labourers, who flock the urban locations all around South Asia from the countryside to help construct buildings, roads and other infrastructure. Such labouring hands seldom get the opportunity to experience the luxuries of living in the high-rises they build. In return for constructing such spectacular structures, they merely make a pittance, and gingerly return to the localities with unfulfilled fantasies. This series invites viewers to interrogate this structure of non-glamorous reality.

Subrata Das is a Delhi based visual artist and was trained at the College of Art, Delhi. The exhibition, which happens to be his debut solo show, will be on for public from 12 April 2016 till 1 May 2016. 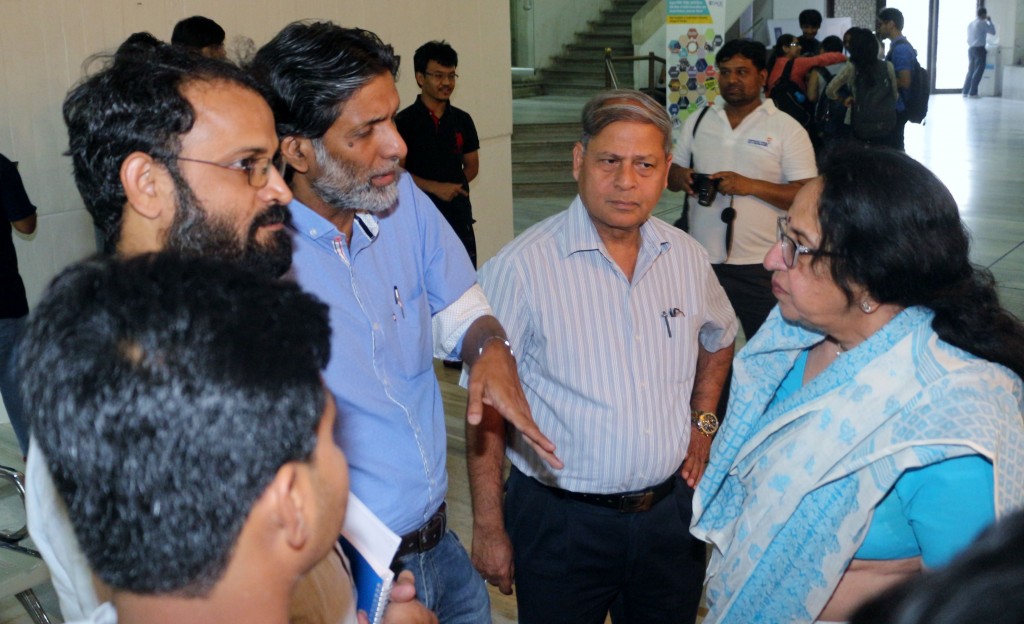 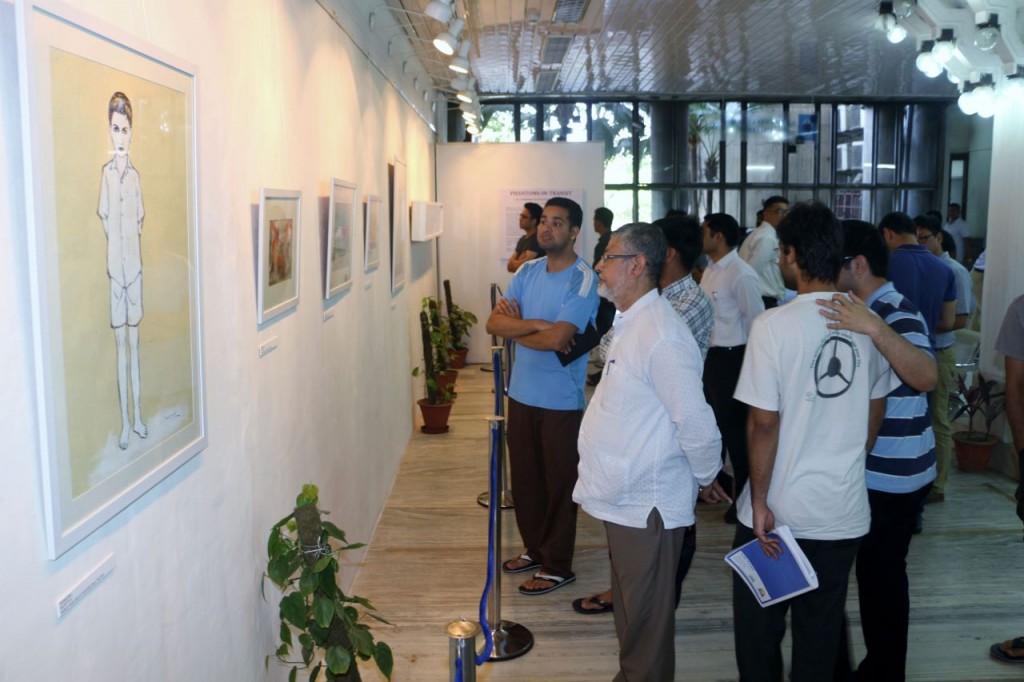 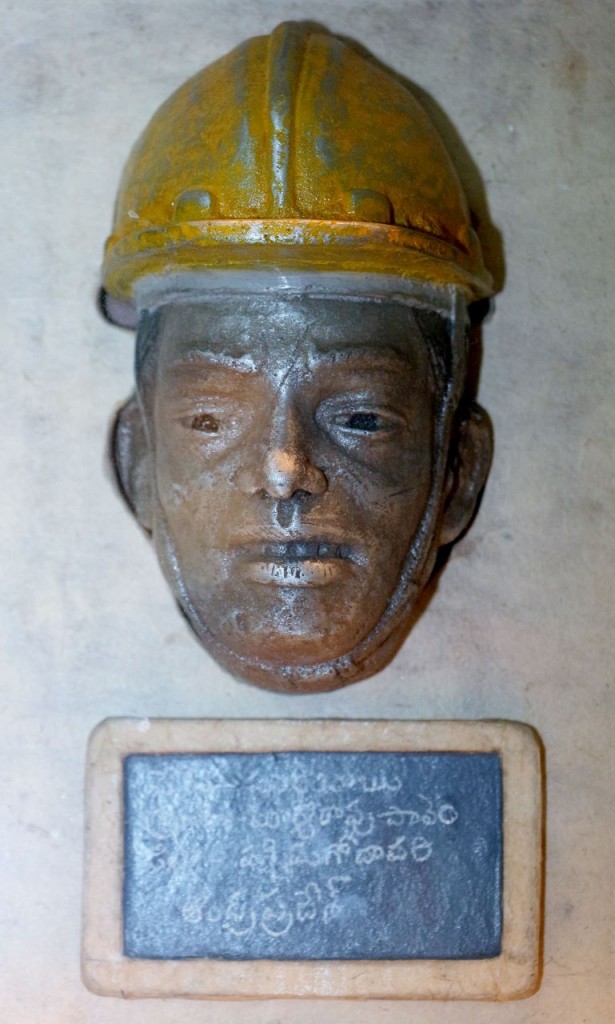 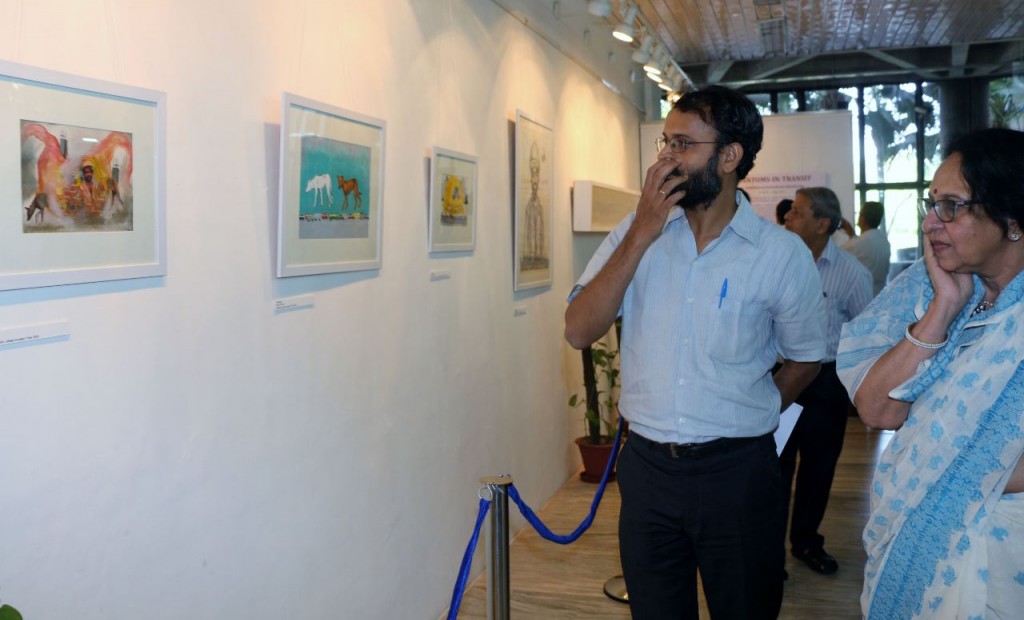