New age Law schools offer more quality propositions in the private sector, while those from traditional set-ups service the needy. 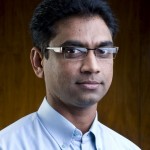 LEGAL education is one area in the field of education in India, which has undergone major changes in the last two decades, in terms of curriculum and teaching methods.

The change makers
The changes in law education started with the establishment of the National Law School of India University in Bangalore in 1987. Prior to it, legal education was imparted only at law departments in the university system and through affiliated law colleges. The National Law School, Bangalore proved to be qualitatively different. The success of this experiment led to the establishment of such law schools in several other states and there are 15 of them now admitting around 2000 students every year. On the model of National Law Schools several private universities started five-year LLB course emulating a similar system.

These reforms coincided with reforms in Indian economy. The liberalisation of economy and expansion of the private sector needed legal expertise beyond court room litigation. With their academic rigour and focused training in structured curriculum, National Law School graduates have come to fit in well with the growing demand for legal professionals in the changing Indian economy. They are able to produce competent, confident graduates to meet the global market’s requirements. In turn, this led to the demand for entry into these law schools.

Quality is king
In India, legal education now has come to be identified predominantly with National Law Schools and newly emerging private universities. A Law degree from these law schools is often equated with degrees in Engineering, Medicine and Business Management from the reputed institutions in India. True to their reputation many Law schools are able to attract renowned law firms and the private sector for campus placement selections. However, this remains a partial picture. Law departments in traditional university system and affiliated law colleges – more than 700 in number – continue to impart legal education to a large section of law graduates who get into the legal profession every year, but mainly as litigating lawyers before the Indian courts.

Having noted the fact that the national law schools have significantly changed the way legal education is imparted, it becomes equally important to look at the contribution, role and place of these Law schools in the larger context of Indian legal education. Often it is argued that the Law School model is able to attract bright students, which is not the case with university law departments and affiliated colleges. Add to that, the qualitative improvement in curriculum and teaching methods, these National Law Schools are able to produce the best possible law graduates in India.

The cost factor
The fact remains that the National Law School fee structure is such that only the middle and upper middle class parents are able to afford it. As a result those who join in these Law schools are mainly those from urban areas with better schooling in comparison to those who opt for traditional university law departments and affiliated colleges.

Further, there are certain significant aspects, which were left out of the process of reforms in the legal education in the last two decades. More importantly, these reforms have either untouched or ignored major segment of the Indian legal education as they were just confined to the National Law Schools. Even if they were implemented by others, that was done in the form of emulating the form rather than of content. As a result large number of students opting for legal education in traditional universities and affiliated law colleges for reasons, inter alia, of accessibility and affordability are left with an outdated education system.

Impact on justice delivery
It is argued that the standards and curriculum in these university departments and affiliated colleges is not up to the mark. Therefore the changes that were initiated with the establishment of NLS Bangalore were confined primarily to other National Law Schools and private universities, established subsequently. This has larger impact on the justice delivery system in India, that is, those receiving supposedly quality legal education are predominantly joining the private sector whereas those who pass out from traditional university setup are joining the legal profession before the courts which deliver the justice to the needy in India. In the process, the primary purpose of improving the justice delivery system through producing quality law graduates is getting defeated.

The other neglected area is postgraduate legal education and research. The emphasis of National Law Schools has been on bachelor level curriculum and teaching, leading to the dearth of quality teachers and researchers, which is being increasingly felt by many law schools.

Thus, one has to always welcome the improvement in the quality of education and at the same time be conscious of larger purposes of education in terms of accessibility and affordability and societal needs. As pointed out by the National Knowledge Commission’s Working Group on Legal Education, there is an immediate need to improve the quality of legal education and research in most of the university law departments and colleges in the country.