He was speaking at South Asian University, New Delhi to an audience mostly made up of academicians and scholars. He broadly talked about the prospects and challenges of India’s economic performance.

He said India has been growing quite rapidly until slowdown set in only recently. He opined that in no way is India’s growth a flash in the pan. Over and above the phenomenon of global economic slowdown, India had to face many new constraints that emerged, preventing parts of the system to support the pace of growth, he said.

Understanding the multidimensional nature of economic objectives, the 12th five year plan put a lot of stress on inclusive and sustainable growth, he told the jam packed FSI Hall in Akbar Bhawan campus of the university. Ahluwalia said he hopes the new government will continue to focus on correcting the constraints.

Elaborating on the constraints, he talked about the necessity for creating better infrastructure and dealing efficiently on energy, water and pace of urbanisation. He appealed to the audience that it is the universities that should dig deeper to find answers to making India energy efficient and explore newer source of energy. 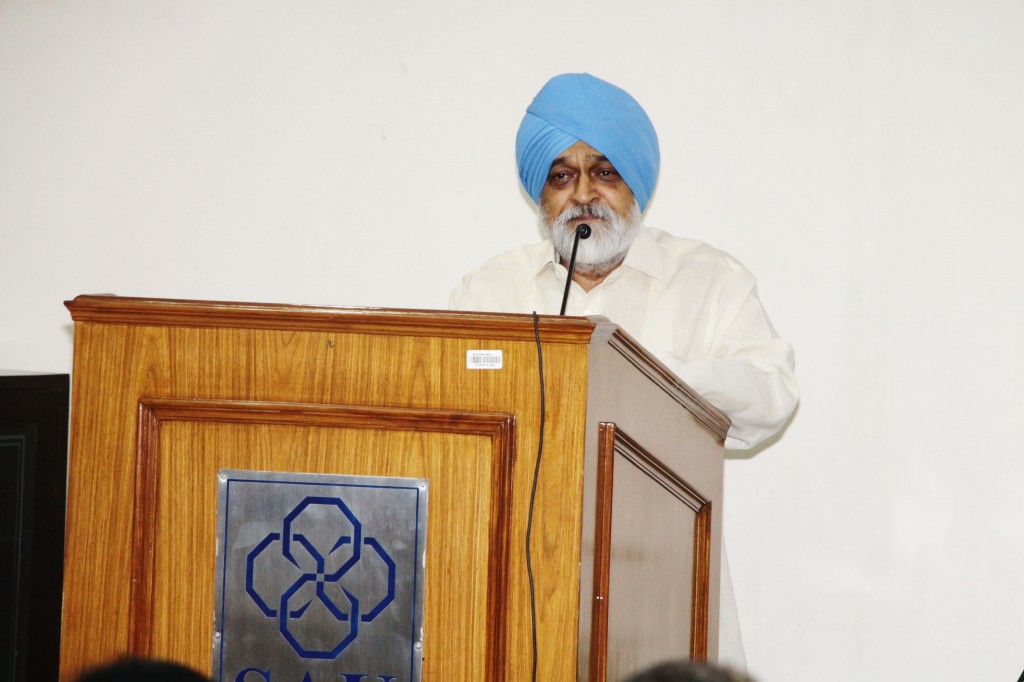 The distinguished lecture presided by Prof. Rajiv Saxena, Acting President of South Asian University was organised by the Faculty of Economics of the university. It was attended by students and academicians from all SAARC countries.